The topic for the first week of Dave Cormier's #rhizo14 course is 'Cheating AS Learning' but I've called this post 'Cheating IS Learning' because that's what I say to students all the time in the classroom. When I chuck a question at them in the classroom, I often (well in the first few weeks at least) find them staring back at me blankly. This is, plainly, because they don't know the answer to the question. Pretty much every single one of them has some kind of mobile device on their person that they can whip out and use to cheat but they're all so well trained in standards of teaching and learning that they believe that unless they can pull the answer out of their memory banks then it's not valid as an answer. As soon as I suggest that they can 'cheat' (i.e. they can look up the answer on their phone) then suddenly they are into it. It often becomes a bit of a race to see who can get to the answer first.

The phrase 'cheating is learning' became a kind of catchphrase in that class alongside another one that I picked up from Lindsay Jordan: "No one knows as much as everyone". Lindsay explains it as: 10 people working together on something will always achieve more than one person competing against the other 9. These two principles are, of course, linked; I'll get onto that link in a bit.

There are lots of ways students can cheat: they can look stuff up online (invariably they google it which often gets them to wikipedia), they can look stuff up in a book (usually their text book) or their notes, they can ask someone else in the room or they can ask the teacher. The point is that I want it to be clear to my students that the whole principle of learning has to work from the assumption that there is a whole pile of stuff they don't yet know; not knowing it isn't a big deal, but not finding out is.

The link between 'cheating is learning' and 'noone knows as much as everyone' is, of course, that learning collaboratively (and by extension working collaboratively) is a very productive approach.  The principle  I offer is that I don't expect them to come to an active learning session with the complete picture, but I do expect them to come with at least some of the jigsaw puzzle pieces. It's likely that not everyone will come with the same pieces so the job of work to be done in the learning session is for each student to declare which pieces they've brought and do what they can to piece them together with the pieces that others have brought. It's still highly likely that at the end of that session they they'll have that annoying charity-shop jigsaw scenario of missing pieces, but the  picture should at least be starting to form.

The student reflective responses to these types of classes are always positive: that they feel they've really learned something because they've had to figure it out for themselves rather than simply being told it. This is, of course, heuristic learning at its best.

The first thing that I want to reflect on in this post is that after my confident declaration that 'cheating is learning' I routinely find myself muttering 'don't tell my colleagues I said that'. There's something deeply iconoclastic about saying these things and believing them to be true. That's especially the case for someone who, as I do, also sits on academic misconduct panels. So the first reflective question I pose (to myself and others reading this) is: what are the limits we might want to or be required to impose upon collaborative learning within the academy? What role might rhizomatic learning play in 'loosening the regulatory bolts'?

The other thing I want to reflect on is how this approach I've described fits within a rhizomatic model of learning. It still very much works from the 'arborescent' assumption that the principle of good learning is finding (whether through cheating or not) the right answers to questions. This is, of course, all well and good for things that are arborescent, but, as Deleuze and Guattari put it, 'we're tired of trees... they've made us suffer too much' (15). So the second reflective question I ask (again of myself and others) is how might the 'cheating is learning' principle apply in a rhizomatic context and, particularly, a context in which I want to value and reward students not for answering questions to which we already know the answers, but instead for asking questions we've never thought to ask before (even if we don't yet have any answers)?
Posted by Cath Ellis at 19:19 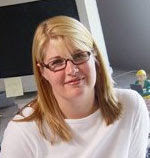